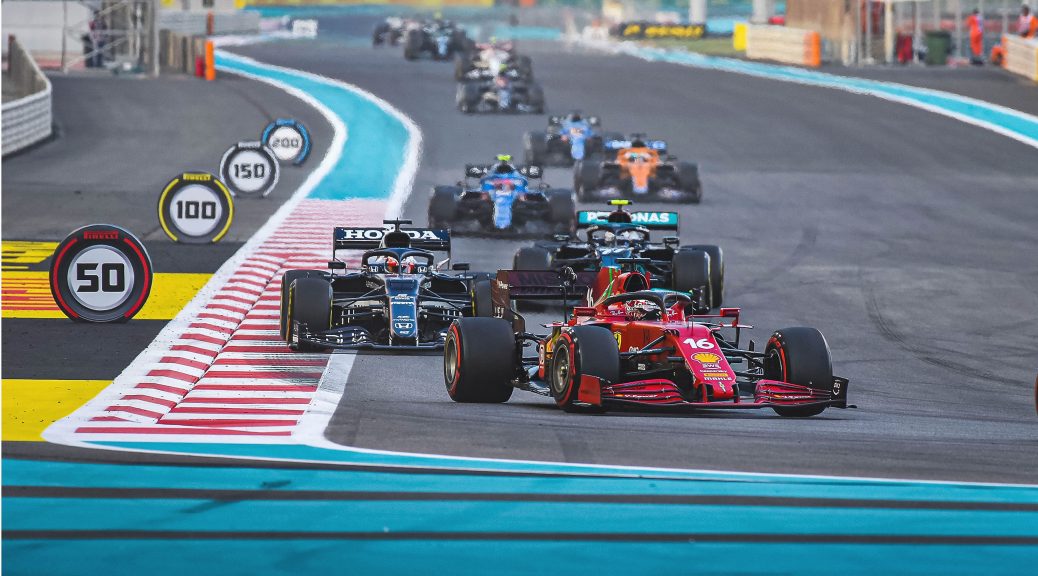 But not without controversy. Bizarre calls from the Race Director throughout the Abu Dhabi Grand Prix dulls the purity and enthusiasm for the way Verstappen won. I also interview Porsche Ambassador and Sports Car Racing Legend, Hurley Haywood. 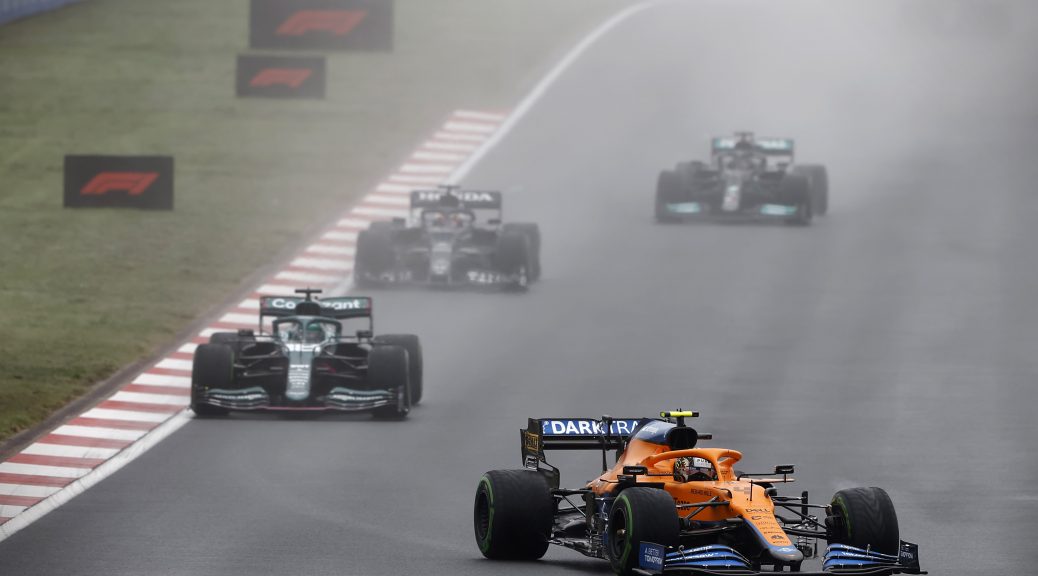 Lewis Hamilton and Mercedes struggle with tire strategy. Carlos Sainz storms through the field from the back to finish 8th. 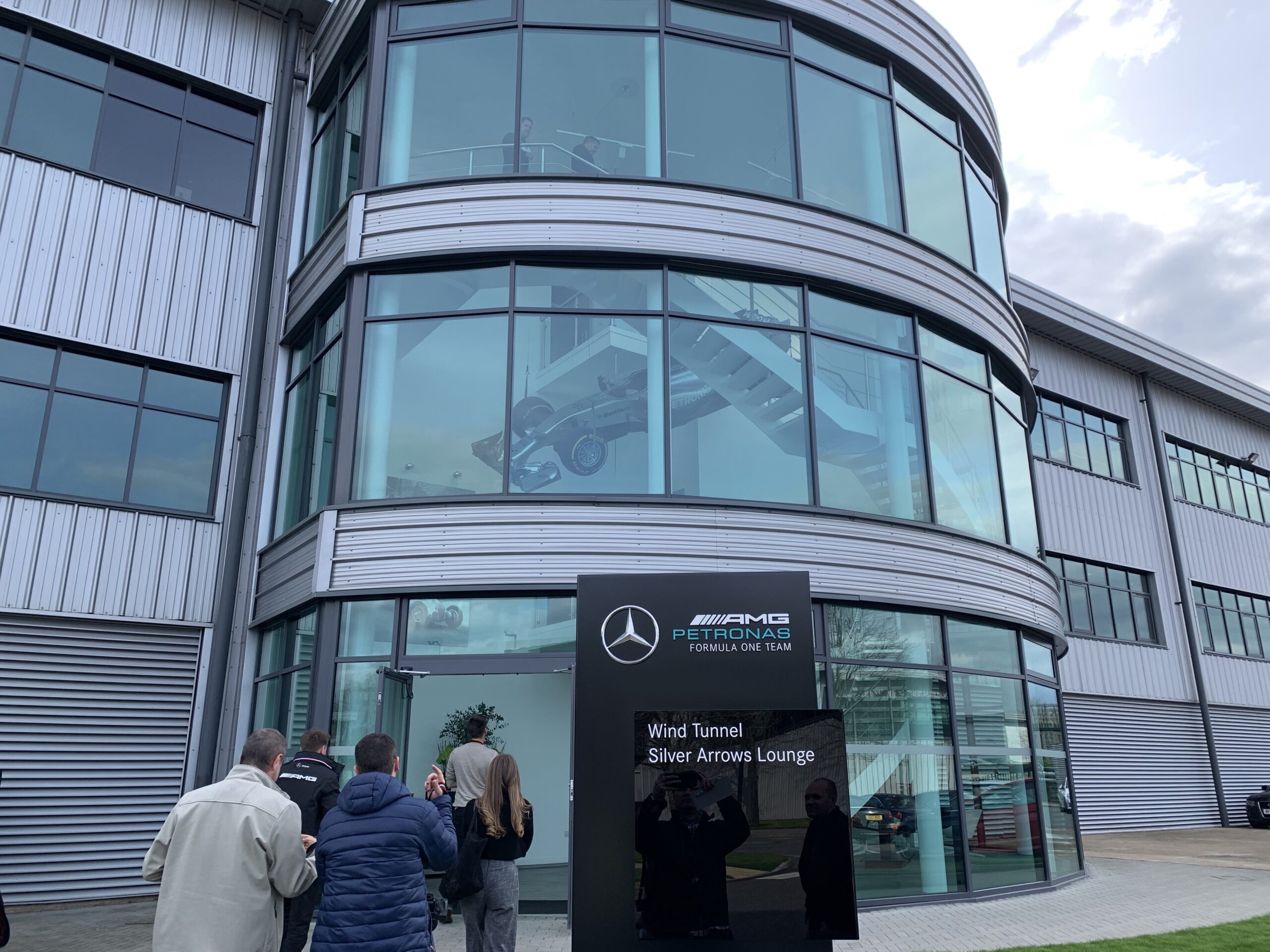 Since the start of Formula 1’s hybrid era, which began in 2014, the Mercedes-AMG team has dominated the sport, scoring seven consecutive driver’s and constructor’s championships. In the process, the team overcame significant challenges in both 2017 and 2018, fighting off Ferrari and Sebastien Vettel on both occasions.

But by not winning the Styrian GP last Sunday, Mercedes-AMG lost their fourth consecutive F1 race for the first time since 2013. Now, Red Bull Racing leads the constructor’s championship, and Max Verstappen the drivers’ championship, by healthy margins, 40 and 18 points respectively. And the next race is back at the Red Bull Ring in Austria, where we expect Verstappen will win again and extend his lead over Lewis Hamilton.

How has this happened? How did the most dominant team in F1 history lose its mojo? Well, simply put, a perfect storm formed. One built from a multitude of factors that combined to overwhelm the mighty tri-star team. Let’s dig in.

To start, Mercedes decisively won the 2020 season with the W11, which was typically more than half a second quicker than the nearest challenger: Red Bull Racing’s RB16 with Verstappen behind the wheel. And with the regulations staying largely the same for 2021, most expected that Mercedes’ winning ways would continue for at least another season.

But regulations didn’t stay the same. Updates to the rules required changes to the floor, brake ducts, and diffuser. And these new regs tended to aid the high rake cars (all but Mercedes and Aston-Martin Racing teams). Given all that, the 2021 Mercedes W12 chassis proved tricky to set up, thanks to a narrow operating window. And, furthermore, has a distinct dislike of slow corners.

Moreover, Formula 1 outlawed Mercedes’ DAS (Dual axis steering) system for 2021, which allowed the drivers to easily adjust the toe alignment of the front tires while on track with a quick push or pull of the steering wheel. This improved the driver’s ability to rapidly, and evenly, heat the front tires, which, in turn, gave them an advantage prior to qualifying laps, the start of the race and after safety car periods during races. Without that system, Mercedes continues to struggle to warm up its front tires. See the results of Imola, Monaco, and Baku as evidence of my point.

Then there’s the new limitation of wind tunnel testing time based on the team’s finishing order  in the previous season. The better you finish, the less time you get. This means that Williams gets the most time and Mercedes, the least. This obviously limits the amount of time Mercedes can spend assessing parts changes and aero modifications to improve the car’s performance.

Yet another impedance is the new cost cap for 2021: all teams must now spend a maximum of $145 million (excluding driver salaries, top three highest earner salaries and marketing costs) for the season. That’s a serious cut for the larger teams. Mercedes, Red Bull, and Ferrari need to redeploy members of their teams to non-F1 projects to remain compliant. And doing so reduces resources available to find solutions to problems and improve the performance of the car. Additionally, Mercedes lost key personnel, who were either tempted away to other teams or seeking new challenges. Andy Cowell (PU chief) who resigned at the end of 2020 is a good example.

Yet, despite the reduction in resources, the need for development is higher than ever. A new rules package for the 2022 season are the most significant changes Formula 1 made in many years. We’ll see 18-inch wheels, the return of ground effect underbody tunnels, elimination of barge boards, revised front and rear wings, and modified suspension regulations. All of this forced many teams to divert most of their development resources to next year’s cars, limiting the amount of time spent on developing their ‘21 chassis. This includes Mercedes.

Finally, in Max Verstappen and Red Bull Racing, Mercedes face the strongest opposition to its championship challenger yet. Honda is in its last year in F1 and determined to atone for those lamentable years with McLaren early in the hybrid era. The Japanese automaker is producing a very competitive, and in some ways, better power unit than Mercedes. With it, Red Bull is more than capable of taking wins as long as the team employs smart racing strategies. And, lest we forget, RBR also has Adrian Newey, probably the greatest F1 chassis designer of all time on their side.

Alas, it’s too early to call the 2021 championship, as the racing has been close most of the time and 15 Grand Prix still remain in 2021. However, it will take all of Mercedes’ undoubted capability, and perhaps a little luck, to overcome all of the new challenges the team faces this year.