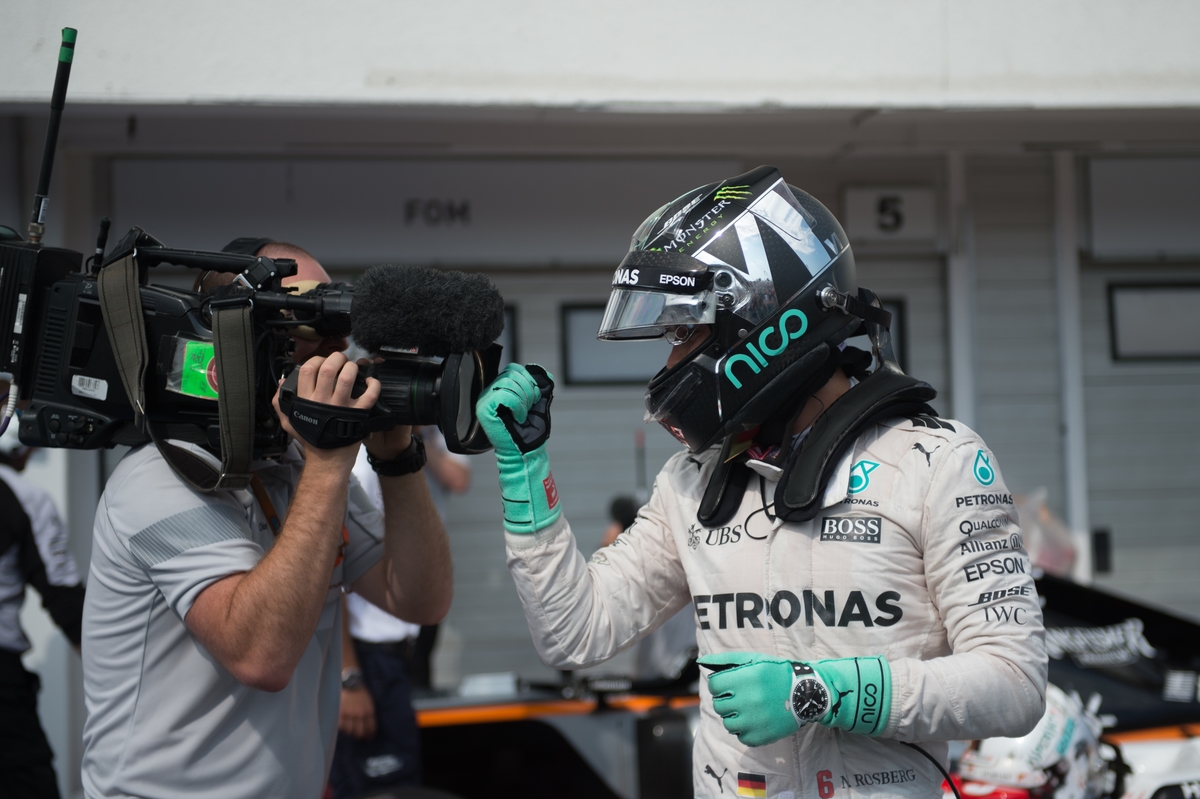 Q1 started and stayed wet, causing four red flags. One was a direct result of the weather. The other three, indirect as three drivers skid in to the wall: Marcus Ericsson from Sauber, Felipe Massa from Williams, and Rio Haryanto from Manor. Massa’s came after the second red flag and he was one of a few that decided to try intermediates on a still sopping track. But after the third red, several drivers felt brave enough to run inters and indeed the track was drying, perhaps not quickly enough for Haryanto. Q1 took nearly an hour and yet didn’t get through the entire 18 minutes on the clock.

By Q2 the sun was out and the track began to dry quickly. Williams was one of the first to dare to put on intermediates and Williams again tempted fate and bolted super soft drys about half way through the session. Bottas fared better than Massa and indeed made it to Q3 for his efforts. In the final few minutes, lap times dropped a second or more at a time, the track forming a dry line in near record time. As time ran out, all 16 drivers were out attempting a last effort run. As a result, Both McLarens made it to Q3, but Raikkonen and Perez failed to follow suit.

Q3 gave drivers an essentially dry track, but that did little to calm the spectacle. Fernando Alonso led a group of drivers, including Hamilton, and spun in the middle sector. That caused a local yellow, which forced that group, including Hamilton, to slow. Legally not allowed to improve his sector time, Hamilton couldn’t better his first lap in the session. But Rosberg wasn’t in that group, Alonso was clear and the local yellow withdrawn when the German got to sector two. Call Rosberg lucky. Call his performance redemption. I call it the best qualifying we’ve seen this year.