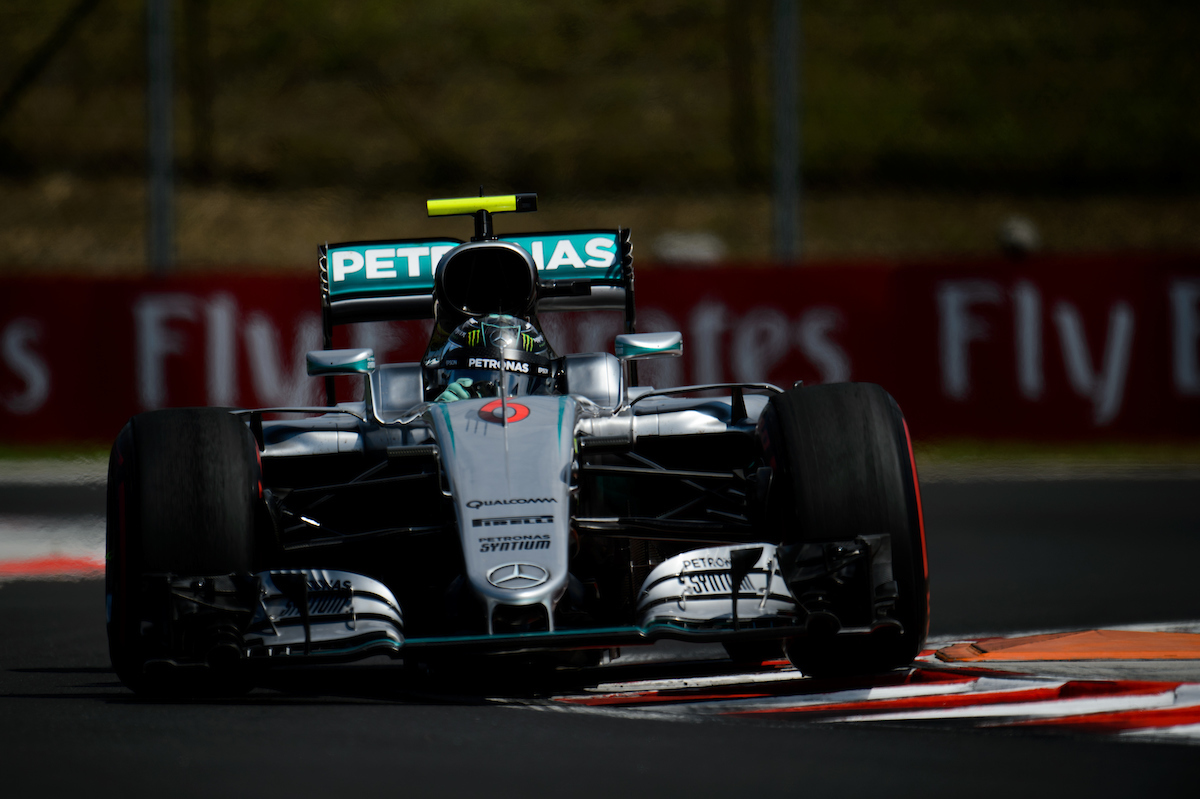 In Q3, Rosberg had but one chance. In the opening minutes an electrical glitch forced him to pit for a quick fix. Once Mercedes fixed the car, there was barely enough time to complete two laps in succession. Turns out he only needed one. While Engineers and mechanics went to work on the German’s car, Hamilton set a new lap record, a blistering 1 minute, 14.470 second lap around the 2.8 mile (4.6 km) Hockenheim circuit, the Briton comfortably ahead of everyone. But in the waning minutes, on Rosberg’s first flier, he set the quickest sector one and sector three times and went on the set a 1 minute 14.363 time. Pole by a tenth. Hamilton had time to respond and attempted to do so. Indeed his sector one time beat Rosberg’s by a tenth, but a lock up in sector two cost him time, which he was unable to recover in sector three. Rosberg won Pole, his 27th all-time and 5th of the season.

Hamilton responded with hilarious, thinly veiled disgust. During the post qualy interviews, he could muster no more than simple, 4 or 5 word answers to questions and refused to admit to any issue with the car or mistake in his driving. Instead of looking Rosberg in the eye, or saying his name, or acknowledging his existence, Hamilton continually rubbed his eyes and face with the white towel on the table. I can only conclude that Hamilton infuriated himself and headed to the interview table red-hot. Because circumstances left no one else to blame, emotions boiled over. It was either sit stilted and awkward, or throw dinner plates against the wall. And Hamilton couldn’t find any plates.

Why? Hamilton, you’re three times Formula 1 World Champion. You’ve won more races this season than many drivers manage in a career. More often than not, you outperform Rosberg. In fact, many fans consider you to possess the most natural talent of anyone on the grid today, a few think ever.

So often Rosberg has to take your better pace on the chin. How many times have we heard him say, “Hamilton was faster today.” It’s Rosberg’s home race. He’s fast here. He won the last race at Hockenheim. Give him this one. I read in Autosport that you feel like you let your mechanics down. I’m sure they forgive you. Now forgive yourself and take a moment congratulate your teammate for goodness sake.