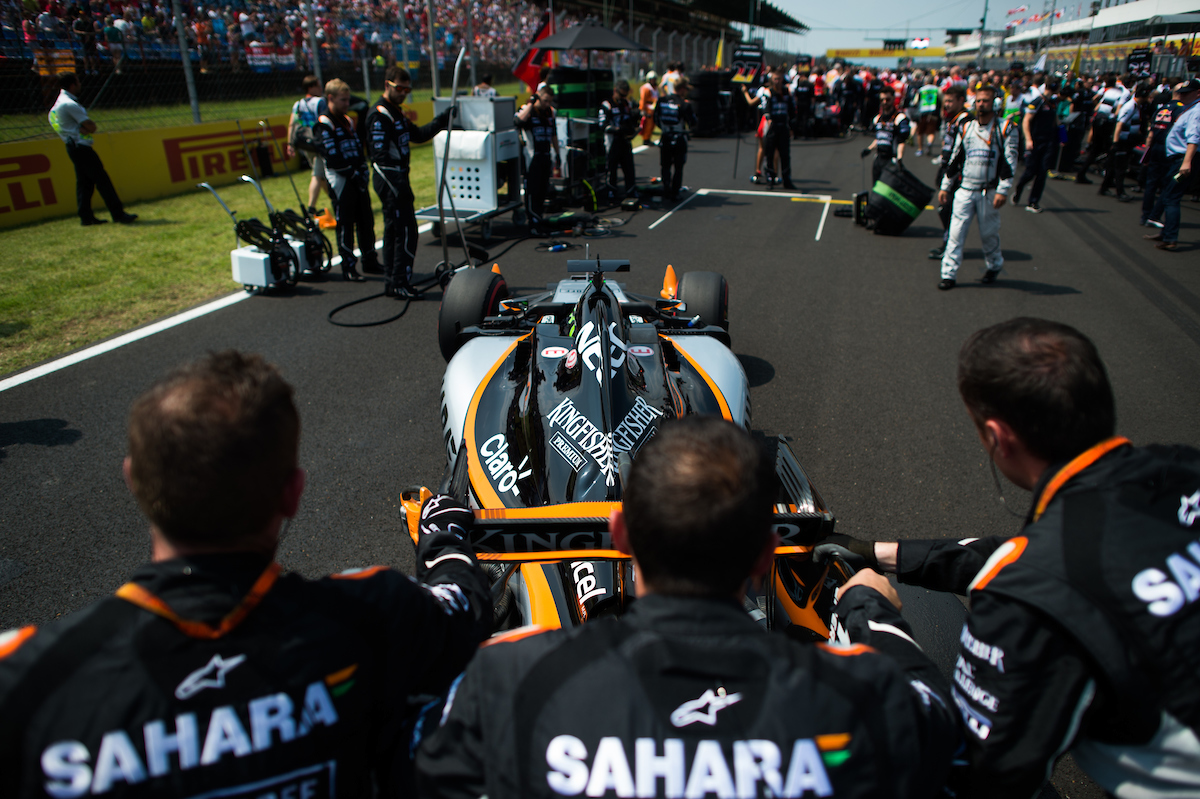 Fifteen. That’s the number of points that Force India trails Williams in the Constructor’s World Championship (hence my super catchy headline 😉 ) If the Force India Formula 1 team gains 15 points over Williams within the next 10 races, they’ll finish fourth in the championship. Fourth! That means they’ll finish behind Mercedes, Red Bull, and Ferrari; but in front of McLaren, Williams, Renault, Toro Rosso, and the rest. That’s incredible.

The team that spent the first 24 years of its life in Formula 1 as Jordan went through a fast cycle of name changes in the mid 2000’s. In 2005, it became the Midland team. Not long after, they changed again to Spyker F1. In 2008, Indian businessman Vijay Mallya bought the team and rebadged the apparel to the name we know today. From the beginning, we’ve seen a relatively steady rise in performance, from back marker to solid-mid-pack. These days, especially the middle of the 2016 season, seeing both Force India cars in the points is no surprise.

Breakout performances from Mexican driver Sergio Perez put Force India on the podium twice this year. Hulkenberg finished as high as sixth. And both drivers earned points in seven of the twelve Grands Prix. Perez has certainly led the charge, collecting 48 points, compared with Hulkenberg’s 33. In fact, performance from Perez piqued the interest of other teams. And rumors abound that he may sit in the Renault cockpit in 2017. I’m not sure that’s a good idea.

In Germany today, Hulkenberg and Perez finished seventh and tenth, respectively, adding seven points to Force India’s tally. At Williams, Bottas only managed ninth and Massa DNF’d. Even more stark, in the last three grand prix, Force India scored 22 points, compared with Williams earning just 4. At this rate, Force India may well surpass Williams and take fourth in the championship. In 2016, Renault sits ninth with six points. As a factory team, they will certainly improve in 2017. But how much is a risk. Just ask Pastor Maldonado. My advice? Stay where you are, Sergio Perez. Ride the Force India wave for another year, who knows where it might take you.