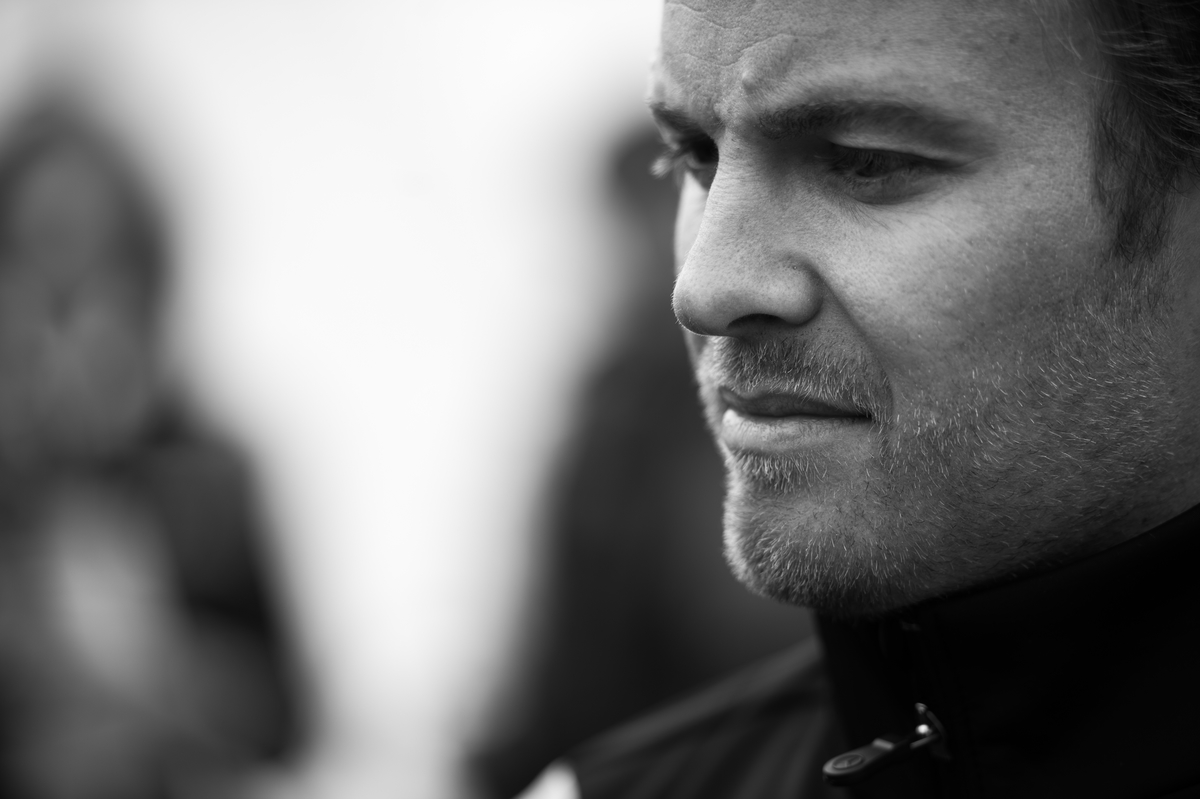 Nico Rosberg needs a hug. Already tense from yet another altercation with his teammate in Austria, Britain cut Rosberg open, rubbed salt in the wound, then poked it with a stick. In my view, he did nothing to deserve the treatment he received over the weekend.

Hamilton started the cut on Rosberg with blistering performance. Rosberg, nor anyone else, matched the Brit, Saturday or Sunday, wet or dry. Rosberg kept Hamilton honest, but never really posed any real threat. Mercedes then lacerated Rosberg further with a fussy transmission that gave him trouble late in the race. For whatever reason, the German’s box would stick in seventh gear. Via telemetry, Mercedes talked Rosberg through a temporary fix that allowed him to finish the race without losing any positions.

But then the crowd at Silverstone poured salt in the wound in bucket loads by booing the second place finisher loudly and sustained. Why? What did Rosberg do to them? Yes, Austria happened. And yes, people have varying opinions on whom to blame. But Hamilton came out ahead there too, and it’s over. In fact, Britain, an entire Grand Prix happened afterwards—right before your eyes. So why shame Rosberg with such collective distain? I found it disrespectful to the sport, honestly. And I’m not any kind of Rosberg fan boy. I simply revere any human being who achieves that level of success in that complicated of a machine. Bravo to Mark Webber for defending Rosberg and shame on Hamilton for not.

Later that afternoon, before Rosberg’s salty wound even fully closed, the FIA got out their poking stick and went to town. In their very finite wisdom, the FIA decided to penalize Rosberg, not Mercedes, for giving him the necessary information to make his transmission behave and finish the race. The stewards added 10 seconds to his race result. That action moved Rosberg from second to third, dropped his points gained from 18 to 15, and tightened his championship lead from four to one single point. The FIA accomplished nothing with these additional, confusing, irrational rules. I don’t like them. I think the sport suffers as a result. As do drivers like Sergio Perez and Nico Rosberg, stuck between a rock and a hardheaded place. They are the bookends. You either don’t finish the race, or you finish and get penalized.

Rosberg, if you can make it to Michigan, I’ll give you a hug. Otherwise, take solace in a most-likely friendlier crowd you’ll see next in Budapest. And friendlier still in Germany, a Grand Prix you won in the previous outing.