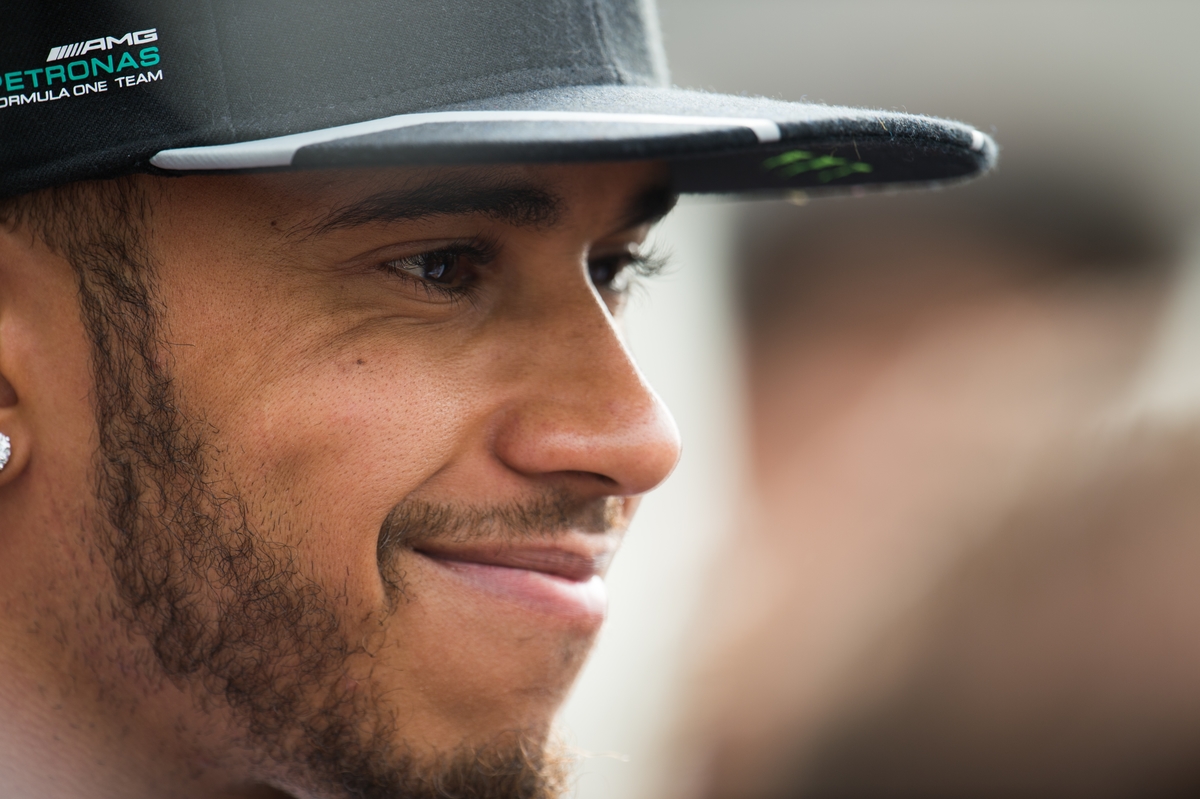 Shucking off any sweat remaining from the drama of last week, Lewis Hamilton dominates qualifying at Silverstone, and will start on the pole for the British Grand Prix. Hamilton dealt with a fair share of issues throughout qualifying. Rosberg beat Hamilton in Q1. And in Q3, the FIA disallowed Hamilton’s first time because he exceeded track limits. So when the 44 Mercedes set-off for the second time, it was do or die. Much to the joy of the large crowd of Brits, it was do. Hamilton’s fastest lap of the day actually came during Q2. His time of 1:29.243 beat everyone else by at least seven-tenths of a second.

During each qualifying session, the safety stewards cracked down on exceeding track limits. Other then the aforementioned Hamilton lap during Q3, both Kevin Magnussen and Fernando Alonso lost their respective fast laps at the time. This, in my opinion is a stupid rule. If you don’t want drivers to drive beyond arbitrary limits, make the edge of the track less arbitrary. How about a meters width of grass before you reach the paved run-off? Drivers won’t want to touch that, so job done. Even worse, the stewards decided to eliminate laps only if driver’s ruffled their track limit feathers in turns nine and fifteen. Some cars egregiously left the track in different corners, no problem. So the FIA took a stupid rule and inconsistently enforced it.

The FIA didn’t stop there. Complaining that teams are saying too much over the radio, they plan to penalize chatter that they deem outside the rules. The fuzzy, complicated rules. The rules that cost Perez a race finish in Austria because Force India couldn’t tell him about the car’s failing brakes. When the FIA decides to penalize someone for radio talk, especially if that penalty changes someones race result, I expect instant and harsh anger from fans and teams alike. Silly rule.

Ferrari just resigned Kimi Raikkonen for the 2017 season. He thanked Ferrari by out-qualifying his teammate and placed the car P5. In even better news, Raikkonen’s new deal means that I am not older than the oldest driver in the sport for another year. Phew.

Another point that’s worth repeating: Pole time of 2016 is three seconds faster than last year and the fastest time ever recorded on this configuration of Silverstone, which F1 started running in 2010. As you can see from the table below, the hybrid V6 now comfortably outpaces the V8 cars.

The British Grand Prix will entertain, but how? Will Hamilton drive off into the proverbial sunset? Or will Verstappen win a second grand prix because Rosberg and Hamilton collect each other again? These days it’s a roll of the dice.