I know that lap times and running order of the first pre-season test held in Jerez, Spain tells me between little and nothing about team performance in 2015. But I also know that speculating is fun, and fun is good! Seriously, though, I can’t help but glean opinions from the first test of the year. So here goes: 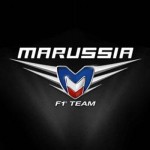 I first noticed two teams absent from the test. I say two because the Marussia F1 Team refuses to quit and is vying to run a modified 2014 car in 2015, this despite missing the last races of 2014 and entering receivership late in the year. If they somehow make the Australian grid in March, will it mark the beginning of a second chance; a shot in the arm where Marussia not only survives, but thrives? Or will it be a last gasp effort that simply delays the inevitable fall of the young team? I’m certain Bernie would rather see ten teams than nine in the paddock this year, which helps Marussia’s chances, but I still think it’s unlikely to see MR03 on the grid.

Force India didn’t make it to Jerez either. They claim to simply have run into “production issues.” But it’s a slightly growing concern because Force India originally planned to launch the car Feb 19 and run VJM08 for the first of two Barcelona tests. Now they plan to run VJM07, not rolling out the 2015 car until the Feb 26. I’m sure we’ll see Hülkenberg and Pérez clicking off laps soon enough, but this delay doesn’t help Force India’s march towards the front of the grid.

But lap times beckon. I can ignore them no longer, and Ferrari dominated the metric. Every day ended with a Ferrari powered car at the top of the timesheets. On the third day of testing, however, it was Sauber, not the factory boys, that set FTD. Brazilian Felipe Nasr bolted a set of super soft tires on the C34 chassis and stopped the clock at 1 minute 21.545 seconds, a couple tenths quicker than the rest. More critically (but also totally unfair), Nasr was half a second clear of teammate Marcus Ericsson, who took over the next day. None of this means Sauber will chase podiums this year, but hopefully it means they’ll score a few points.

Kimi Räikkönen led the Maranello factory effort and ended the four-day test with the fastest time, beating Sebastian Vettel by a tenth and a half with a 1 minute 20.841 second time. In related news, a cold front swept Finland as all 5.5 million citizens breathed a sigh of relief.

The Iceman likes the car. “Over the winter, we have made a good step forward and this car is definitely an improvement over the 2014 one,” Raikkonen said. Whether Ferrari’s SF15-T is truly the pacesetter is irrelevant. It’s great news that the team set the pace at Jerez as it grew confidence in the car and in both its drivers.

Perhaps the most important metric wasn’t lap time, but lap count. And Mercedes built a 2014 esque margin from the others. The folks from Brackley logged 516 laps in four days. Rosberg circled Jerez more than 150 times the first day, and the team systematically and reliably went through a fat checklist. Lap times put them behind Sauber, but I find it near impossible that Mercedes showed their full potential.

Speaking of laps, Lotus ran 190 of them and did so in only two and a half days of running. The Mercedes power unit showed real promise for the Enstone, UK team. Pastor Maldonado drove the car first and loved it right from the off, “It was fantastic to get behind the wheel for the first ever lap of this exciting new car,” said Maldonado. “Even though it’s early days, we achieved a lot today. It was already exciting to feel the potential of the car and I can’t wait to get back in the car tomorrow. The car certainly looks fantastic and I know we have a lot of potential for the season ahead.”

The team ran 6th fastest, ahead of Red Bull and McLaren in lap times, but that’s not important. This test result compared to last year is. With luck, we’ll see a regular points-earner in the E23 hybrid chassis.

The Last, and certainly not least, Mercedes powered team, Williams, never went fastest, but ran consistently with minimal delays or concerns. Again, I think the most valuable asset gained is confidence. Felipe Massa summed it up best, “The feeling in the car was good even for a first impression and it’s well balanced,” Massa said. “I am also confident in the car setup. The FW37 is another step forward from where we left the FW36, which is promising.” Another step forward in results would be a win.

Red Bull, by contrast, struggled with the RB11. That’s perhaps fitting giving they run Renault engines even when the former Renault factory team, Lotus, doesn’t. That power unit and team struggled again, running fewer timed laps than Lotus, despite running all four days. Despite the troubles, perma-smile Daniel Riccardo remained optimistic. “Although we were limited with running today, we got some long runs together and that was encouraging,” Ricciardo said. “In terms of where we’re at, it’s impossible to know about the pace because we don’t know what people are running, but I think the consistency today was good, we put a few laps together in the end, so a few positives to take away from today.”

Red Bull seemed stagnant while the other teams progressed. If that’s true, the Milton Keynes team won’t win this year. Its last winless season was 2008. Adrain Newey taking a step away from the team may be the root cause; after all, he joined the team in 2006 and winning started coming as he took more control over design.

Worse still for the energy drink giant, its support team got a better start. Toro Rosso lapped more, and lapped faster. This, despite hiring a minor to pilot one of the STR10s and a rookie in the other. Overall they went 9th and 11th fastest, with merely a few tenths of a second between their times, while the Dans at Red Bull on managed the 12th and 14th best times. Right now Scuderia Toro Rosso leads the effort for Renault and managed Jerez with the least trouble.

Honda struggled to reliably power the MP4-30, but I understand. The brand new unit experienced, let’s call it, teething problems, but Honda progressed and got Jenson Button and McLaren redo man Fernando Alonso around the track 79 times by the end of the  fourth day. The best McLaren time was nearly seven seconds slower than Ferrari, but compared to Renault last year, the work Honda completed is admirable.

Alonso agreed, “Given the complexity of modern Formula One machinery, the sorts of issues we encountered today weren’t too surprising,” said the Spaniard. “They’re just the things you experience on the first day of a Formula One test. But it’s been a fantastic day for me: to have the privilege to drive the car for the first time – for the comeback of McLaren and Honda after 23 years – makes me feel extremely proud.”

I’m confident that McLaren will lay down more competitive lap times at Barcelona and Honda will add reliability to the power unit quickly. It will take a bit longer to get up to Mercedes’ peak power levels, but Honda will do it faster than Ferrari or Renault, then they’ll surpass them. Honda is that tenacious and capable.

So despite what we saw out of the first test, I’m bullish with McLaren Honda. Alonso and Button make a strong driver pairing, with complemented talents: the Spaniard capable of eking out performance in a compromised car and the Briton sensitive and technical enough to get to the root cause of the problem. McLaren won’t steal away the championship, but they’ll make the podium. Lotus also looks promising, after such a disastrous 2014, I just want them to score more than 8 points and I think Mercedes power will make that easy. And fingers crossed that Ferrari can maintain their testing form. I want to see Raikkonen on the podium again.

More broadly, it’s great to see how far we’ve come with our new engines in just one year. Already all of them more reliably make more power, which dropped lap times, and will add excitement to the races. And, Jim, I hear they now make 1000hp.