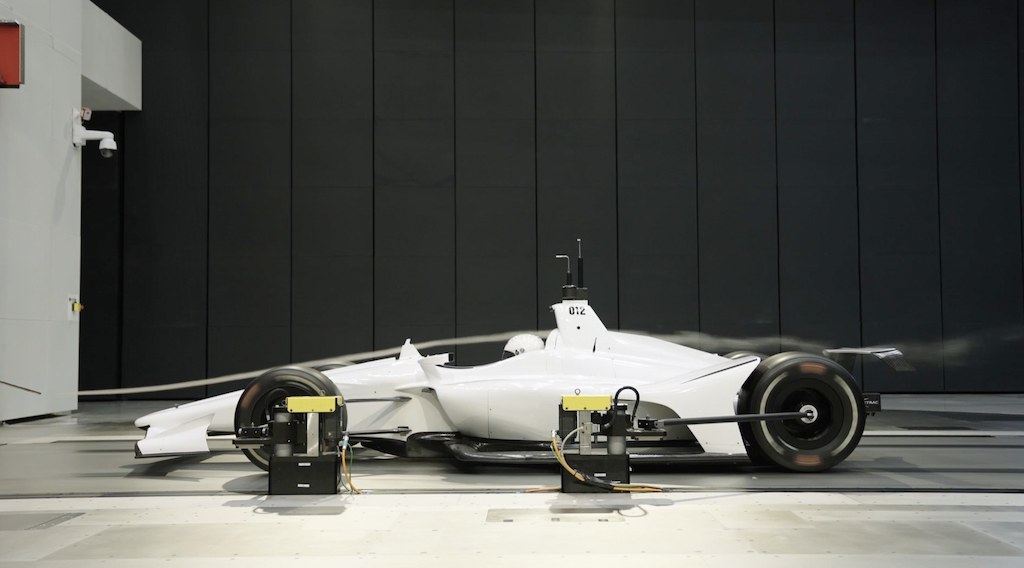 It’s called the HALO. And this full-scale wind tunnel is built to handle SUVs and Indycars alike, as well as perform aero-acoustics testing and much more.

The North American arm of Honda continues to grow. And the $124,000,000 investment made in a brand new, full-scale, state-of-the-art wind tunnel is simply the latest example of that. Honda named it HALO, which is an acronym for Honda Automotive Laboratories of Ohio. It is a multiple bay facility anchored by a massive wind tunnel that makes use of a 26.2 foot diameter, 12 blade turbine. That turbine is spun by a 6700 HP electric motor and can push enough air to generate up to 193 mph winds.

Furthermore, HALO has two different “modules” or belt systems to match the wind speeds with a rolling road. Think of it like a car sized treadmill. The first module is a five belt system, with one small belt for each wheel and a fifth that rolls through the center in between the axles. The second is a single belt system, wide and long enough for all four wheels to fit.

Mike Unger, Honda’s HALO lead, explains the reason for the belts this way, “The 5-belt system only has four pins for connections to the car, on the underside of the car, out of the upper stream air. Depending on what the engineer is trying to figure out, that might be the better system to use. Where as, if you’re working on an Indycar, or a car that’s really low to the ground, doing under body work, you might choose to use the wide belt system because it will be the best simulation for the under body flow.”

Another way to think about it, the five-belt system allows you to keep the upper body free of attachments, which would impede air flow in that area. And the single-belt system only attaches on the side of the car, keeping the underbody free of impediments.

The two-modules each weigh about 40-tons. A crane system, along with 7-8 workers, can switch from one module to the next in about four hours. And either system runs on a turn table, which allows engineers to adjust exactly what part of the car sees the wind, to account for cross winds, etc.

Furthermore, a floor can be placed over the belt and a network of over 500 microphones surround the vehicle to convert the area into an aero-acoustics lab, allowing engineers to test wind noise levels. In addition to that, over 50 microphones mount inside the vehicle, to help pinpoint exactly what noise penetrates the vehicle.

Aside from the tunnel itself, the facility includes multiple bays, to prepare a vehicle for testing, a room that scans it for a precise frontal area measurement, even a system of actuators that replaces shock absorbers and can lock in a car’s ride height and make adjustments as little as half a millimeter.

And while Honda’s main focus is to work on its North American vehicles and motorsport programs, HALO will be available to use by others.

Chris Combs, Wind Tunnel Business Strategy Lead, explains it like this, “Our first area of focus is to support Honda development…that is the foundational support that we want to provide with this facility. Then we want to lean into the research area. Support consortium, overall industry research, and advancing methods and tools of aerodynamic research. That’s phase two. And then we are going to explore third party and other customer usage. We expect to be fully operational later this year.”

In other words, Honda will rent HALO out, if and when there’s time after its own product development and general research needs are met.

What can we conclude from this? Two things. First, Honda headquarters in Japan continue to gain trust in its North American arm to handle all areas of development of its North American products, think Honda Pilot, Acura MDX and the rest.

Second, Honda remains committed to Indycar and Sports Car racing in North America and, indeed, around the world. And that alone is worth celebrating.