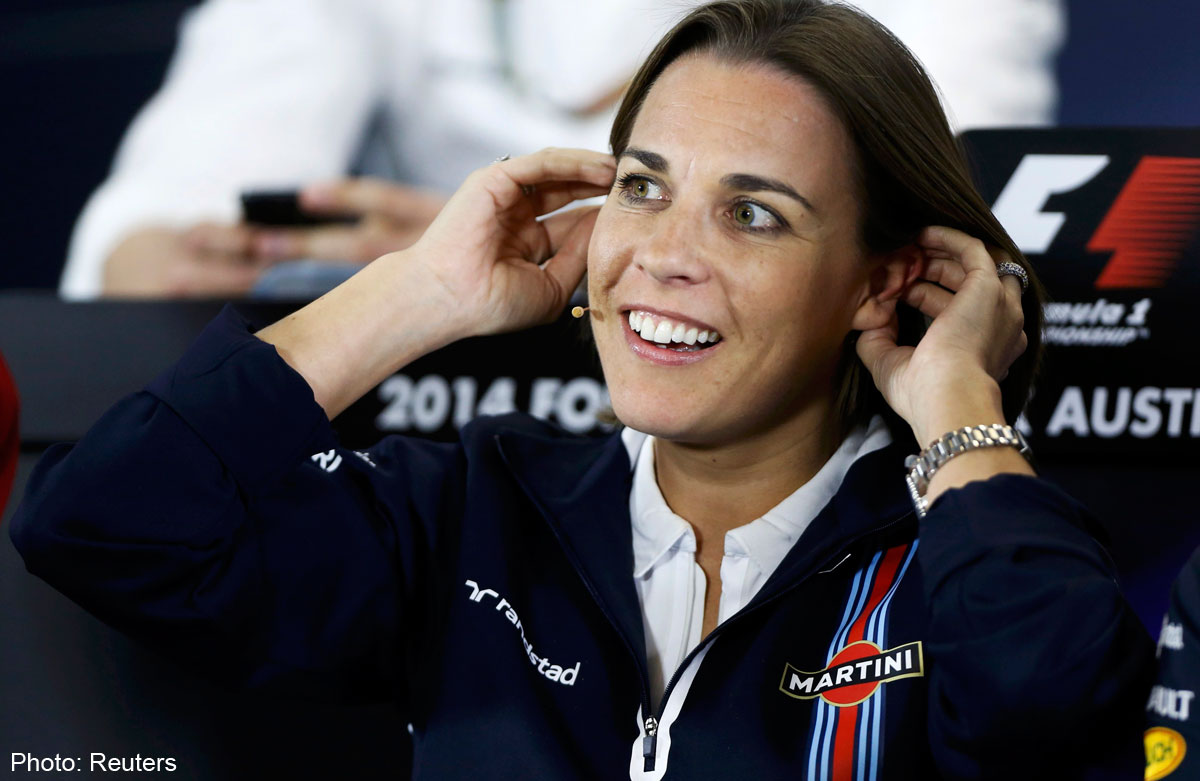 Claire Williams, daughter of Sir Frank, and the Deputy Team Principal of Williams Martini Racing was just awarded the coveted title of: Best Deputy Team Principal of all time, ever! And the reason is simple. Through her leadership, one of the most storied F1 teams in history is as competitive now as it was in the days of Juan Pablo Montoya. What’s more, she led a turn around of the team in short order. Only last year Williams finished a shameful 9th in the contractors championship with only 5 points. Now, with only three races complete they’ve collected 30 points, sit in 6th in the championship, and have momentum on their side to catch 5th place Ferrari.

That is impressive as hell!

Just last week we wrote about intra-team politics that caused the drivers consternation. Boo. But that was quickly handled, issue settled. Then less than a week later both drivers made it to Q3, 3rd and 7th respectively, and then went on to finish 7th and 8th for another fantastic result. Clearly many people deserve credit for this, but it’s undeniable that a fresh face, with fresh ideas has proved revelatory.

And here’s the best bit. I like Williams. Jim likes Williams. Everyone, just about, likes Williams. They’re a plucky never-give-up team that always finds a way to preserver. Ever since BMW left Williams, they struggled as a privateer team with no manufacturer backing. But now, with new rules and an even more complicated power train, they thrive. I love it. And I wanted to take a moment to recognize the brilliant mind behind it.

One thought on “Claire Williams. Best Deputy Team Principal, Ever!”