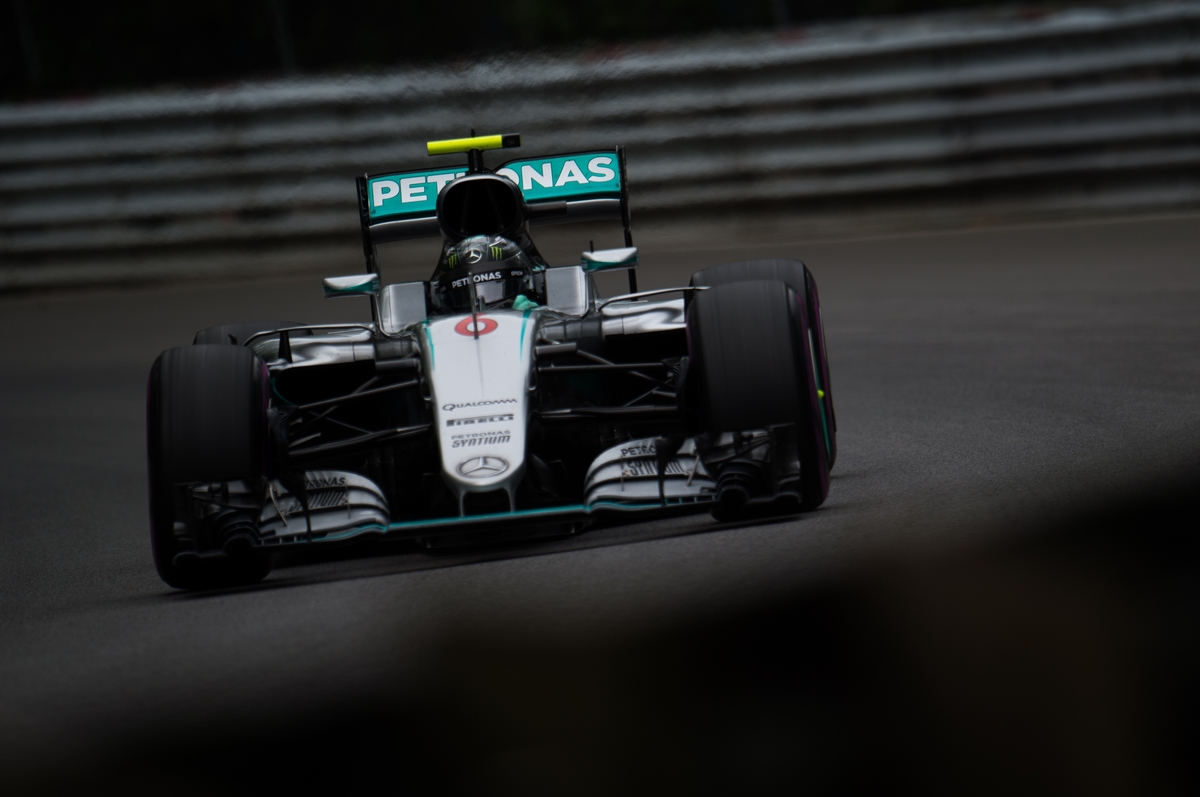 Baku City street circuit sparked controversy among many of the drivers. The fast street course and fresh pavement also cracked its fair share of carbon fiber, bent a bit of metal, and checked a few egos.

Most notably, Lewis Hamilton’s. The winner of the previous two grands prix suffered through a miserable Saturday. He made mistakes every qualy session. In Q2, a major lock-up with two and a half minutes to spare threatened Hamilton’s ability to even attempt for the top ten. Just in time, the Brit got back on track and pulled off a quick enough lap. Friday, Lewis was the pacesetter, so a pole run is what most expected. Not so, with two minutes and five seconds left, Hamilton turned-in too early, clipped the wall, and ended his day in tenth with a bent right-front corner.

Rosberg, in contrast, stayed clean and on-track. He efficiently and consistently improving his time, and used fewer tires than his teammate to do it. Not only did Rosberg comfortably take pole position, he retained more fresh rubber for the race tomorrow.

The other team to split performance was Force India. Nico Hulkenberg failed to understand his engineer and didn’t push on his final Q2 lap, bailing after a small lock-up early in the run. As a result he starts 12th. Sergio Perez not only made it to Q3. He pulled off a blistering lap and managed to take outside pole. A gearbox penalty pushes the Mexican back five positions, so he’ll grid seventh. But everyone, including the top team principals, saw his brilliant performance.

And a shout-out to Daniel Ricciardo for putting the Red Bull in P3, he’ll start on the front row courtesy of the Perez penalty. Two takeaways from his performance: One, you just can’t keep the Australian down. Two, Renault has a competitive power plant this year.

Baku will almost certainly be a memorable grand prix, and just may set a new record for most damaged front wings and suspension arms.