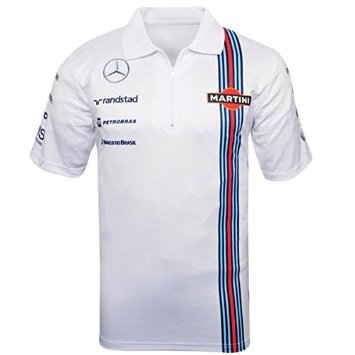 Christmas Day is less than two weeks away, and if you haven’t yet found a gift for the Formula 1 fan in your life, worry not, we’re here to help. Fun with Cars combed Amazon and found 6 must haves.

1. Legos! For anyone with a penchant for building, Denmark does more than make quick Magnussens. Legos sells these super cool F1 Technica sets. Jim has one, I know because I bought it for him.

2. More Legos! Not everyone needs thousands of pieces to get the Lego experience, this kit offers the same feel, but with a simpler build.

4. Or, if you prefer a documentary, listen to Michael Fassbender describe F1 as it progresses from its early stages into the 1990s. It’s a fascinating film, I love it.

Actually, Jim and I watched them both together.

Check it out here

5. A mechanic’s Tale, by F1 commentator Steve Matchett offers insight into what it was like on the other side of the pit wall.

The Mechanic’s Tale: Life in the Pit-Lanes of Formula One

6. You know, some folks just want clothes. I found that too, here’s my favorite.