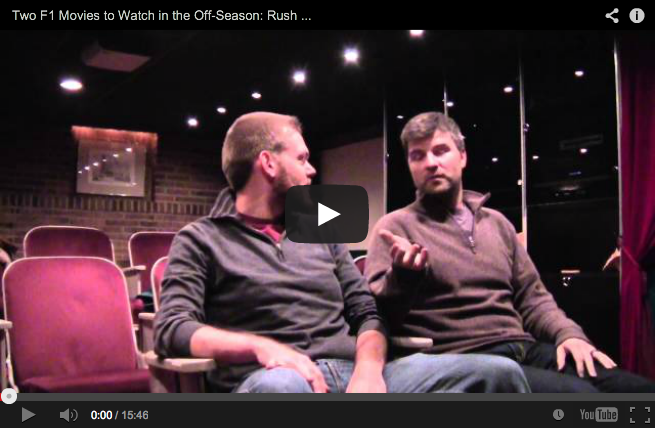 As the 2014 Formula 1 pre-season tension continues to build, Jim and I took a break from the headlines to watch a couple movies. What did we watch? Why Formula 1 movies, of course. And, since Jim and I tend to agree on nearly nothing (ice cream is better!) we decided to argue with each other about which movie is better and share our debate with the world. First we watched the feature film Rush, dramatizing the 1976 season and the rivalry between Niki Lauda and James Hunt. Then we saw the documentary simply titled 1 that covers a wide span of F1 history; focused mainly on the evolution of safety between the deaths of Jim Clark and Aryton Senna. So what did we think?

Really, we picked a great combination of movies to while away a Saturday. We liked them both! Of course I prefer one and Jim the other. And, duh, I’m right. If you happened to miss either of these we have links to them below.