Ahead of the Spanish Grand Prix, coming up 15 May 2016, Fun with Cars put together statistics of the season thus far. We sorted the teams in alphabetical order, then placed the drivers in that team in championship order. There are 8 categories:

*With no points scored, our championship order may vary slightly from what Formula1.com reports.

Look for updates after each Grand Prix and please don’t hesitate to point out mistakes. We look forward to hear your opinions on what the numbers tell us. I’ll get us started with a couple that caught my eye.

Did any of these statistics surprise you? Let us know! 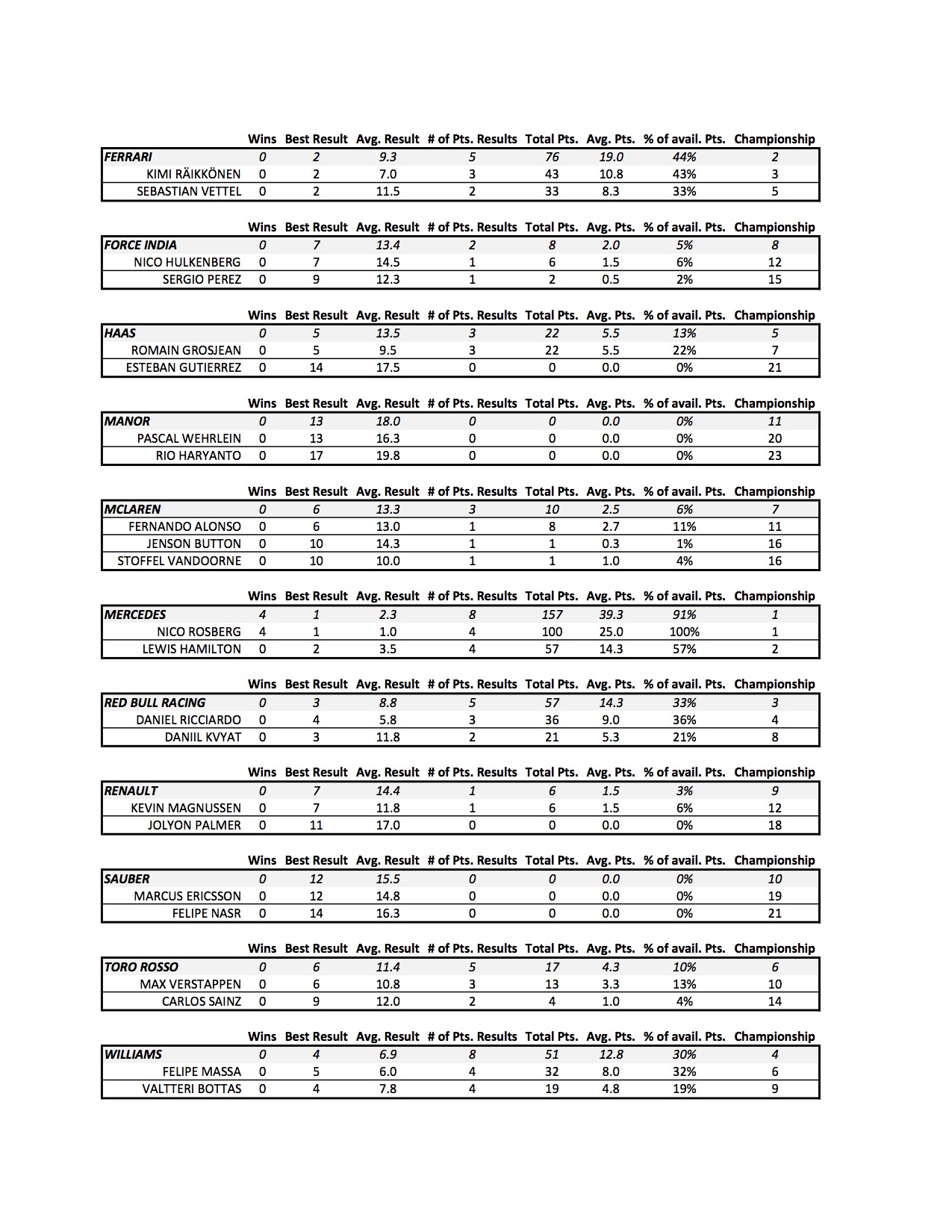