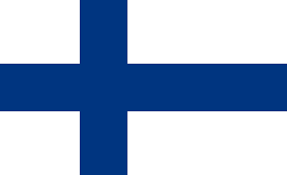 The 2015 Formula 1 season wraps up this weekend in Abu Dhabi, but Lewis Hamilton already claimed the driver’s championship, his third, a month ago. What’s worse, Rosberg and Vettel also secured second and third place, respectively.

Fourth in the championship is undeclared and could prove both exciting and important. Call it the battle of the Finns. Valtteri Bottas currently holds the mark by a single point. Kimi Raikkonen, his countryman and oldest driver on the grid and 2007 Formula 1 World Champion, has 135 points and, based on Friday free practice times at least, the quicker car. The elder of the two also has a second place finish in Bahrain. The best Bottas managed this year is third, which means a tie in points falls Raikkonen’s way. It couldn’t be closer.

The graph below shows every possible outcome.

They could finish 111 different ways. Green goes to Bottas, which happens in 56 cases, blue means Raikkonen triumphs, 55 chances of that. The numbers in the boxes equal the margin of victory (Raikkonens are negative because of the math I used).

Actually three drivers could claim the most coveted available spot. Felipe Massa, currently sixth, is 18 points behind Raikkonen. But for Massa to take it, he’d have to win the race and have the good fortune of both Bottas and Raikkonen finishing seventh or worse. Not impossible, though the rule of probability effectively throws him out, so we’re back to Finland.

Okay, my money won’t bet on either one winning the race, but just about any other result is plausible. One of them on the podium even creeps towards likely. All things considered, Raikkonen stands with momentum, the faster car, and more resourceful team on his side. I think he’ll take it. But, if Bottas holds position and finishes the season in fourth, he may very well join Vettel in Ferrari red in 2017.

One thought on “Battle of the Finns for Fourth. For Reals!”