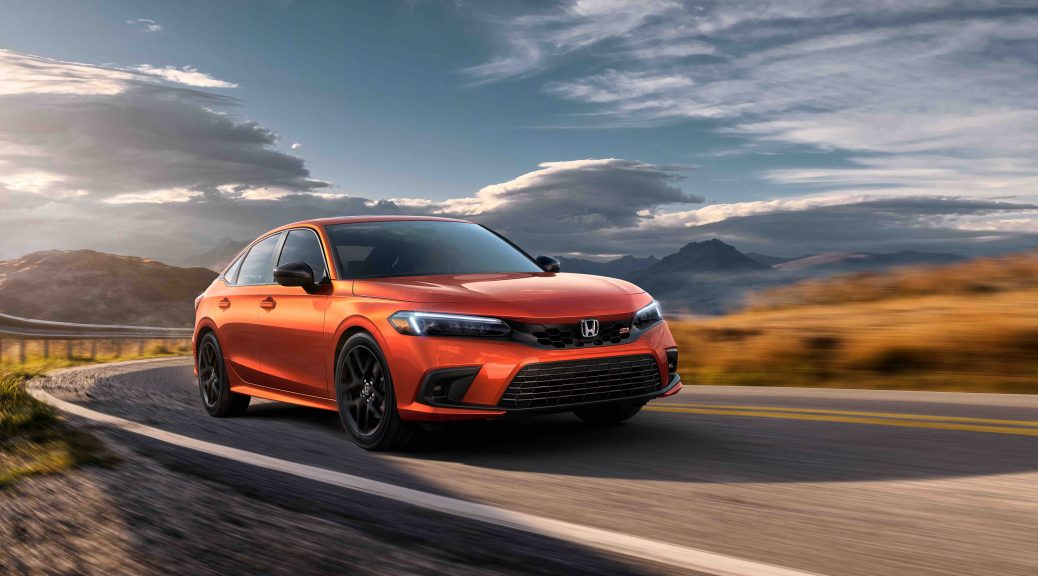 A six-speed manual transmission is standard, as is 200 horsepower, a stiffer suspension, and loads of new tech.

Earlier this year, Honda introduced the 11th generation Honda Civic sedan. And many folks, me included, lauded its new chassis as it provided excellent response and great feel. Now that chassis gets a once over, an uptick in power, and an Si badge. The 2022 Honda Civic Si is here. It’s based on the Civic sedan. And it comes standard, standard, with a six-speed manual transmission.

And you’ll row your own with 10 percent shorter throws and a more rigid shift lever mounting bracket, hurray for that. Honda also threw in a nod to the Civic Type-R with a leather wrapped shift knob very similar to that mega hot hatch. And for those wishing a bit of help from the powertrain computer, the Si offers a rev-matching system directly plucked from the Type R.

In between shifting, you’ll feel pull from a 1.5-liter turbocharged engine producing a peak 200 horsepower at 6000 rpm and 192 lb-ft of torque between 1800-5000 rpm. Those are not block buster peaks, to be sure. In fact, we lose 5 peak horsepower compared to the outgoing Si. Sad face.

But Honda claims that the torque is broader, hitting its peak 300 rpm earlier (1800 vs. 2100 rpm). Furthermore, Honda says the new engine provides more output between 6000 rpm and its 6500 rpm redline. In other words, horsepower falls off more slowly from the peak. It also should be noted that the outgoing, 10th generation Si saw 205 horsepower at 5700 rpm. Truthfully, all of these numbers are in the margins and the engine will, most likely, feel roughly the same.

Besides, the best bit comes on your favorite set of corners anyways. The new Civic sedan feels great to drive on the road, with a stiffer and stronger chassis, which this Si now uses. Moreover, Honda installed 8 percent stiffer front springs and 54 percent stiffer rear! And engineers retuned the dampers to follow suit. Finally, and not surprisingly, both the front and rear anti-roll bars got bigger, too. They now measure 27 millimeters in front, hollow bar, and 18 millimeters in back, solid bar. Expect better body control and less understeer at the limit.

For good measure, Honda installed bigger brakes on both the front and rear axles. And you can choose to purchase an Si with summer performance tires, they’ll be mounted on black 18-inch wheels, by the way. All good things.

While the exterior gets a bit of adding styling aggression and a nice little rear spoiler, inside is more important, as you’ll get to settle into properly supportive bucket seats and hold on to a fat-rimmed steering wheel. Honda also mounted a nine-inch center console screen with wireless Apple CarPlay and Android Auto connectivity. That’s in addition to a battery of Honda Sensing safety systems and ACE body structure, of course.

No word on cost just yet. We’ll expect to learn more closer to on sale date, which is coming later this fall. Once I learn more, I’ll be sure to share. And, cannot wait to tell how it drives!